Since your GLP, you’ve worked in several Congressional offices. How did the fellowship with CHLI prepare you for your roles later in your career?

I was fortunate to be placed at Congresswoman Ileana Ros-Lehtinen’s office during my CHLI fellowship. Her staff offered me great advice and generous connections as I moved up the Capitol Hill ladder. The CHLI Board Members and Advisory Council have also been instrumental in my professional growth. Some of my most important lessons working in politics derived from the CHLI family — I’m grateful to have a strong foundation that I can rely on when faced with adversity

Congratulations on your promotion to Deputy Chief of Staff/Legislative Director. What is your day-to-day like weathering the COVID-19 storm from Capitol Hill?

Thank you! 2020 has certainly been the most challenging year for me given the pandemic. We’ve received an overwhelming amount of COVID-19 inquiries that range from small businesses, stimulus checks, and nursing homes. Everyone on the team has turned into a caseworker and is working around the clock to make sure constituents are getting the assistance they need. The stress and pressure can be unbearable at times, but when those moments arise, I remind myself how fortunate I am to still have a job and my health.

Your foreign policy focus has mostly been on the Middle East and Sub-Saharan Africa. What sparked your interest in this region?

Well, I originally started working on Western Hemisphere issues when I was a legislative fellow for Senator Bob Menendez. The Sub-Saharan Africa and the Middle East focus stemmed from my former bosses and current member’s policy priorities, which include human rights, peacekeeping, and national security. 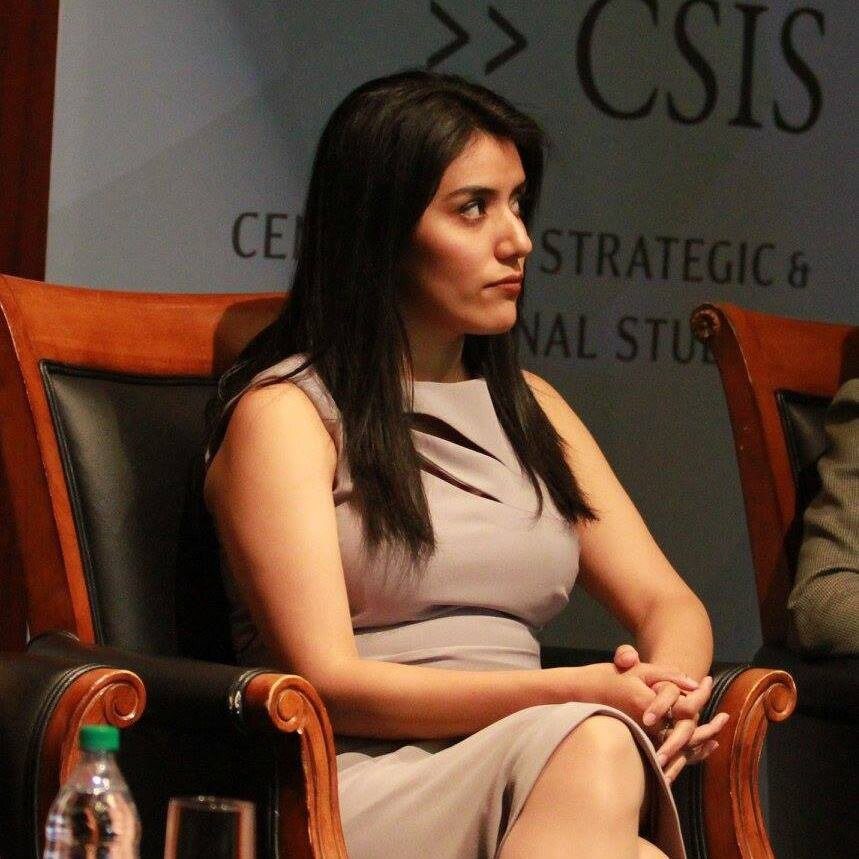 “Our community often faces unique barriers such as limited professional networks and minimal access to managerial skills training. I think Latinas specifically struggle with leaving the ‘family nest’ to pursue their dreams because there could be a sense of guilt that is holding them back. ”

You’re on the board of the Women’s Congressional Staff Foundation. What are the barriers you think Latina women face when trying to pursue a career in Congress?

I believe access is a top barrier for people of color to break into Capitol Hill and eventually advance to senior positions. Our community often faces unique barriers such as limited professional networks and minimal access to managerial skills training. I think Latinas specifically struggle with leaving the “family nest” to pursue their dreams because there could be a sense of guilt that is holding them back.

I certainly didn’t have the resources or connections to travel to D.C. and look for jobs in politics. It was thanks to the Congressional Hispanic Leadership Institute’s Global Leaders Program that I was able to take the first step in my own career journey. The program covered my travel expenses, costs of living (including a stipend!), and access to powerful circles in Washington, D.C.

You also host a Latinas in Congress Series. Can you tell us a little more about that, as well as what inspires you to keep giving back to other women and Hispanics?

I founded the Latinas in the House six years ago — a group that provides professional development resources for Latina Capitol Hill staffers. We host several speaker series each year — opportunities that provide Latinas to engage with high profiled women of color in politics. The latest speakers include Cecilia Muñoz (former Director of the White House Domestic Policy Council under President Obama), Leslie Sanchez (Political Contributor and Producer for CBS News), and Maytee Sanchez (former Chief of Staff for Congresswoman Ileana Ros-Lehtinen).

I believe that policymaking is not objective, it is influenced by the staffers who write, which is why it is integral that all communities are represented in the halls of Congress. This is why I facilitate networking opportunities and an abundance of professional development workshops that focus on essential skills needed to break through to senior positions on Capitol Hill such as managing up and down, negotiating across the aisle, and effective communication in the office.

Where can we find you online and learn more about your work?

Last book you read? A New Earth by Eckhart Tolle.

What is a lesson/skill/hobby you have learned in quarantine? Archery!

If you could have lunch with any person, who would it be and why? James Brown — his work outside of music was prolific. The Godfather of Soul portrayed how much he cared about what was happening in his community, country and around the world through social and political activism.