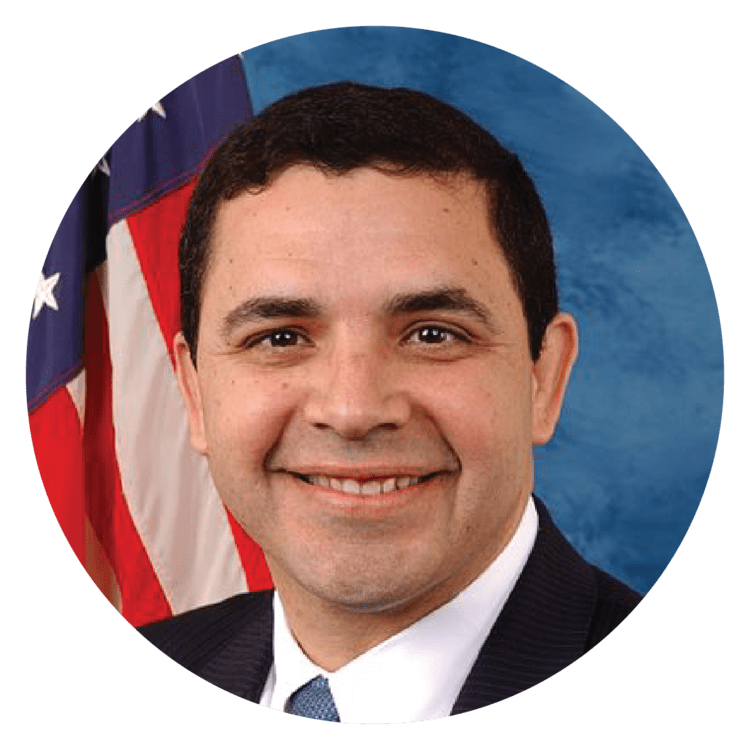 In 1981, Congressman Cuellar opened his own law firm and became a licensed customs broker in 1983. He worked at his beloved alma mater, TAMIU, as an Adjunct Professor for International Commercial Law from 1984 to 1986. The following year, Congressman Cuellar decided to fully dedicate his life to public service and served as a Texas State Representative from 1987 until he was appointed as the Texas Secretary of State in 2001.

Congressman Cuellar and his wife, Imelda, reside in Laredo, Texas with their two daughters, Christy and Catie.

During his 14 years as Laredo’s State Representative, Congressman Cuellar served in influential leadership positions in the preeminent House Appropriations, Higher Education, and Calendar Committees. While in the Texas State Legislature, he coauthored the State Children’s Health Insurance Program (SCHIP), which ensured health care for thousands of previously uninsured children, and he co-sponsored the largest tax cut in Texas history, which included a three-day tax holiday for consumers and small businesses.

As Secretary of State, he redefined the office by making it easier for Texans to voice their concerns and opinions. Today, Texans still benefit from his new voter initiatives to register, educate, and protect voters’ rights, as well as his efforts to expand the Border/Mexico Affairs office to help the colonias. He also implemented new technology to make state agencies more customer-friendly, transparent and accountable.

In 2005, Congressman Cuellar became the first Laredoan in over 20 years elected to represent the 28th District of Texas in the U.S. House of Representatives.